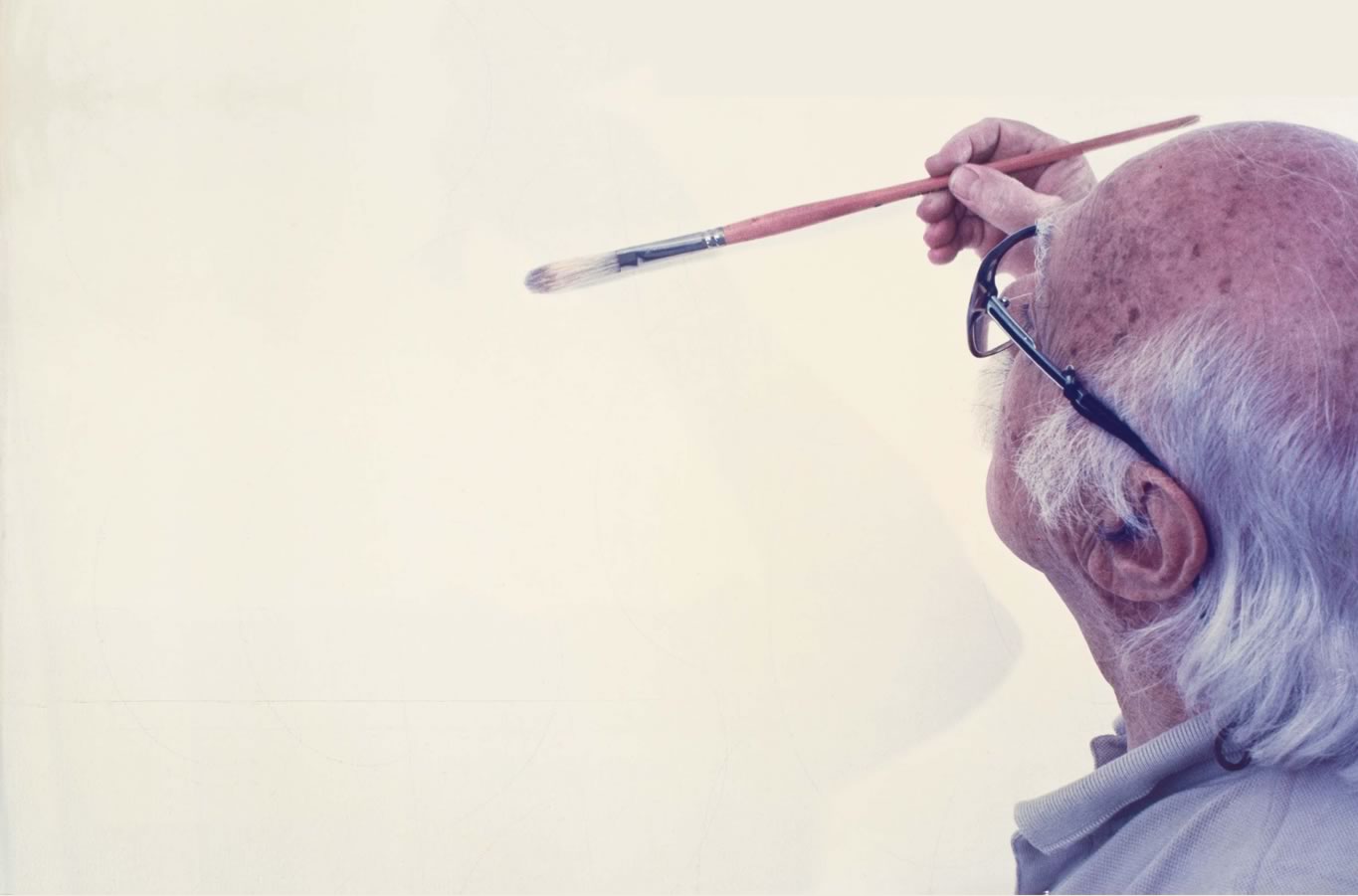 In March, Francisco Gheraldi hires him to work at Companhia Melhoramentos, initially in the departament of book illustration and, later, in the sector of artisanal lithography, remaining with the company until 1939.

He meets the lithographer Giovanni Oppido, who awakens in him an intense desire to be a painter.

For six months, he attends the private course given by Giglio (a professor of drawing and painter of porcelain) while also beginning the general arts course at the Liceu de Artes e Ofícios de São Paulo, where he meets Lothar Charoux. During his studies at the Liceu, which lasted until 1941, he took all of courses offered, studying academic painting with Odetto Guersoni. He would later state that the courses in geometry and those given by Waldemar da Costa were the most significant for his training.

Until 1941 he attends the course in painting and art history (discovering the artists Cézanne, Monet, Van Gogh, and others) given at Waldemar da Costa’s studio (Avenida Brigadeiro Luís Antônio), where he meets the future painter Maria Leontina. Encouraged by Waldemar da Costa, he painting, an oil on canvas entitled Paisagem do Alto do Ipiranga.